As part of wokedomâs fantasy-ridden fascination with indigenes, sports teams, such as the Redskins and Braves, race to change names. (For Washingtonâs team, the Federal Folders has been suggested.) Outraged conservatives see the changes as nauseating prissiness by historically illiterate ninnies. It is every bit of this. Still, the teams should be renamed. What civilized nation would name teams after murderous, torturing stone-age savages? Which the Indians were. 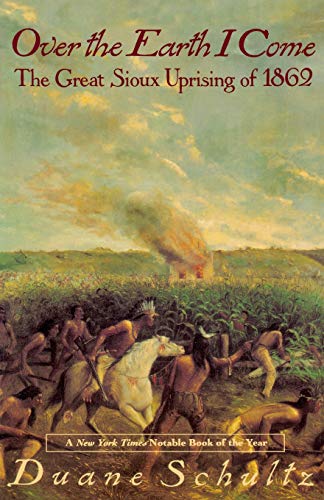 I recommend to those imbrued with this dreamy understanding of Native Americans a couple of books, Over the Earth I Come, by Duane Schultz, a history of the entirety of the Sioux uprising in Minnesota of 1862, and Dakota Dawn, by Gregory Michno, of the first week. These recount the deaths of some 800 settlers, almost entirely civilians, at the hands of the noble, contemplative Sioux. It was not a rebellion against Federal troops of men, but butchery of families, usually defenseless. War parties went from farm to farm, killing men, women, and children.

In one act of contemplation, they nailed children to a door and slowly vivisected them to death in front of their parents, who themselves were then tortured to death. Teenage girls were staked to the ground, raped by a dozen or two of braves, then hacked to death.

These things actually happened, over and over, not as isolated incidents. The descriptions are from original accounts by those who were there. If you think I am inventing, or exaggerating, read either of the books mentioned above. The links go to Amazon. Both are by historians, not by lying heartless racist conservative Trump-loving just-like-Hitler and so on. Both comport closely with many accounts I have read by men (usually) captured or even raised by Indian tribes. These spiritual beings were of the Stone Age by literal definition and were most assuredly savages by any definition. 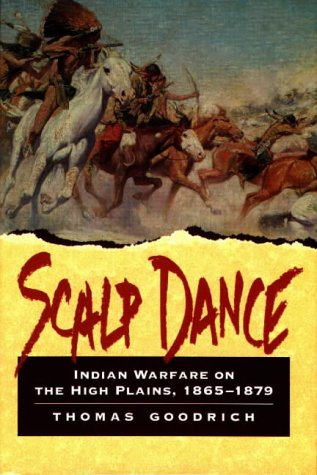 If the events in these books are judged inadequate, Scalp Dance: Indian Warfare on the High Plains, by Thomas Goodrich, provides accounts of similar grotesque torture by Western Indians. For example, a cavalry unit found a man who had been staked to the ground, disemboweled, and later burned to death.

Why the grotesque torture? Because the Indians enjoyed it. They took prisoners for the specific purpose, making village celebrations of the procedure. American soldiers took seriously the admonition, âSave your last bullet for yourself.â Gunga Din all over again.

Torture as amusement was not restricted to a few tribes. The Iroquois were famous for gruesome technique, being artists of the genre. Captured by the Indians, by Herman Lehmann consisting of fifteen accounts by captives, provides many examples.

Why did the natives erupt in Minnesota and on the plains? Easy. Because the settlers followed the policy usual across the continent of lying to the Indians, breaking treaties, pushing them out of the best land, killing off the buffalo on which they depended and sometimes massacring whole villages. The whites placed avaricious and incompetent officials over them, forced them onto reservations, and allowed corrupt traders to exploit them mercilessly. Ask and ye shall receive, says an old book. Whether this justifies disemboweling a pregnant woman and nailing her almost-infant to a treeâthis was doneâmay be argued. It happened.

Contrary to Kevin Costner’s “Dances with Wolves,” the Sioux tribe was feared by even other savage Indian tribes. Minnesota tried hanging most of them, but Abraham Lincoln would only allow Minnesota to hang 38.

Another book of contemplation and oneness with nature is the Thomas Goodrich book, including first-hand accounts of Custerâs error in judgement. The Indians acted likeâ¦Indians. I wonât multiply horrifying examples.

Nobody doubted that the plains Indians were superb warriors, the best horsemen on the continent. They were not stupid. They were loyal to their tribes and sometimes enrolled captive whites into their tribes as equals. Yet east and west they were unspeakably cruel, for example tying prisoners naked to poles and keeping them alive for hours while burning the with flaming branches.

Womenâs rights? In many tribes, perhaps all, they were treated almost as slaves, doing the physical work of the villages. Captured white women were beaten and passed among the braves as sexual toys, sometimes being pregnant when released in one way or another. An Indian woman caught in adultery might have her nose cut off while the man suffered no penalty.

All of this is well, multitudinously, and voluminously documented. Again, it would be easy to sicken the reader with example after example.

All of the foregoing is written to illustrate the absurdity of painting the Indians as woodland philosophers and oppressed innocents. Oppressed, yes, innocents, no. The whites often behaved as savagely as the Indians, suggesting we should rename the Cowboys and Forty-Niners. Anyone doubting this might read of the Sand Creek Massacre in which American soldiers attacked a village that had been promised peace, killing men, women, and children. For example, using a toddler for target practice. The link is to a Wikipedia entry and, while long is worth reading if you believe the Disney fantasy of brave, honest settlers bringing principle and Christian morality to an exceptional new nation. There were plenty of massacres by whites, including by later-President Jackson.

âI saw the bodies of those lying there cut all to pieces, worse mutilated than any I ever saw before; the women cut all to pieces … With knives; scalped; their brains knocked out; children two or three months old; all ages lying there, from sucking infants up to warriors … By whom were they mutilated? By the United States troops ..â

âFingers and ears were cut off the bodies for the jewelry they carried. The body of White Antelope, lying solitarily in the creek bed, was a prime target. Besides scalping him the soldiers cut off his nose, ears, and testicles-the last for a tobacco pouch ….â

âBefore Chivington and his men left the area, they plundered the teepees and took the horses. After the smoke cleared, Chivington’s men came back and killed many of the wounded. They also scalped many of the dead, regardless of whether they were women, children or infants. Chivington and his men dressed their weapons, hats and gear with scalps and other body parts, including human fetuses and male and female genitalia.â

The impenetrably woke and the hyperpatriotic will insist respectively that these things didnât happen, and that anyway they were isolated incidents. But they did, and werenât. Few things die harder than illusion.

Or something bad may happen to you. I have friends in the garment district.

Write Fred at jet.possum@gmail.com Put the letters pdq anywhere in the subject line to avoid heartless autodeletion. All read, reply not guaranteed due to volume.