Review: Taxi Driver
Trevor Lynch • January 1, 2021
• 2,300 Words • 276 Comments • Reply
It began with Dylann Roof. Since then, the Molotov cocktail of autism, inceldom (involuntary celibacy), gallantry, vengeance, and mass murder has exploded with such regularity that I keep dusting off a boilerplate article to condemn it whenever the perpetrators are connected with White Nationalism. But even with Roofâs case, I felt that I had seen... Read More 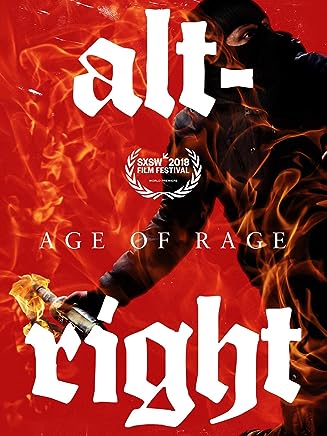 Age of Cringe
"Alt-Right: Age of Rage"
Trevor Lynch • February 20, 2019
• 2,000 Words • 122 Comments • Reply
Based on a few clips, I was certain that Alt-Right: Age of Rage (2018) would lead to permanent physical damage from sheer cringiness. But I was delighted to have been proven wrong. This is a remarkably fair-minded documentary. On balance, though, I think it will be good for white identity politics. Age of Rage was... Read More
"Alt Right" Items Across Entire Archive
PastClassics